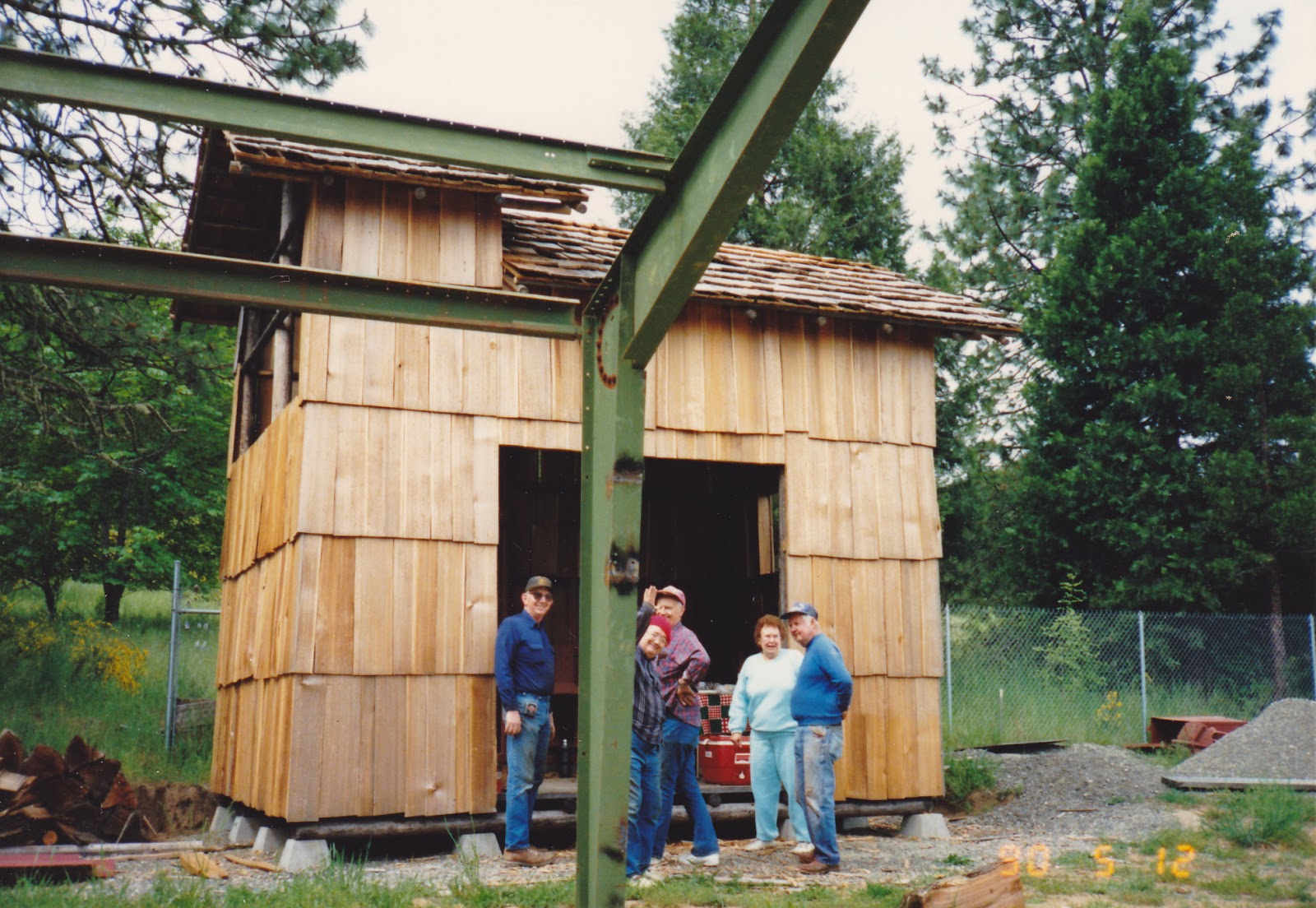 Our Historical Society was organized as a non-profit corporation in 1969 with the goal of building a museum to house historical artifacts of the communities of Southern Douglas County. During the ensuing years, funds were acquired through donations and grants. In 1983, Lawrence Boyle, president of the Society, donated an acre of land on which to build the future museum. Another significant goal was to produce an annual historical booklet about South County history.

The Nineties Gang, all sons and daughters of pioneers, and many other members all worked toward “A Museum in Our Time”.  The Nineties Gang members were Lawrence Jackson Boyle, Pearl Yokum Lawson, Bess Weaver Briggs, Ada Tiller Place and Wallace Rondeau.


By 1990, the Huckleberry Mine stamp mill building had been erected along with the framework for the main museum building. This building and the storage building, completed in 1991, were donated by the M.A. Hanna Co., and arranged by Herbert Wedge, General Manager of the plant. When the museum opened in 1993, it was the result of 24 years of effort and hundreds of volunteer man hours!

In 1996, the Justice Building was being renovated and construction of the building for the hack was underway. 2010 brought the dedication of a building to house our agricultural items, which much needed a roof.   Bob Matthews headed the construction of this museum building with the help of, again, many volunteer man hours.  Funds came from a grant and donations from the Cow Creek Band of Umpqua Tribe of Indians and community business and individual donations.

The Olinghouse-Weaver-Pickett Building donated by Charles and Delores Pickett was completed in 2013 with the help of many individuals and businesses who donated their time and equipment. 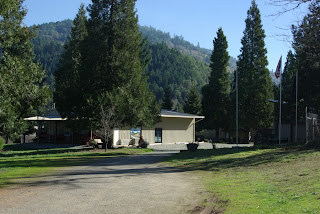 It is indeed amazing what has been accomplished at our Pioneer/Indian Museum with dedicated volunteers, community individuals and businesses who wish to see our history preserved for people to see and read about. We are looking to the future to preserve the past!!!! 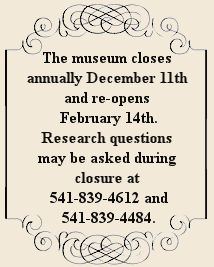 Books and DVDs Available at Museum